Over 25,000 people joined a protest against the Romanian government in Bucharest on Saturday, a year after a similar demonstration was dispersed violently by the riot police. This time around, gendarmes did not intervened. Protestors called for the resignation of the Social Democratic government, which many hold accountable for what they call a "failed state". 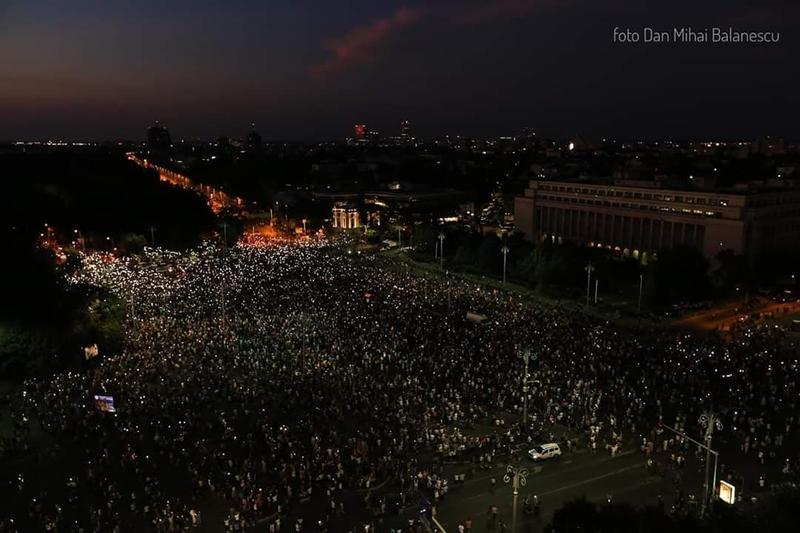 Protesters were especially harsh on gendarmes, whom they blame for using violence against mostly peaceful people at the demonstrations of August 10, 2018.

But gendarmes were visibly cautious about engaging protesters now and even stood back when people started to push through the security lines before the government headquarters in Victoriei Square, where the protest took place.

An altar commemorating victims of a series of tragedies blamed on corruption over the past several years - a fire which killed dozens in a Bucharest club in 2015, the murder of teenage girls in South Romania recently, the riot police violence of a year ago - was put up at the venue of the demonstration.

And at one point people used laser lights to write on the Government HQ "Analfabeta" - Romanian word for "illeterate" - a reference to many misuse of words by PM Viorica Dancila.