A government with a technocratic prime minister would come to power in Romania in 2020, would lay off some 400,000 empoyees in the public sector and would have to drop the flat tax in favor of progressive taxation. Such are the expectations of the head of the Romanian-German Chamber of Commerce, Dragos Anastasiu, as he told them in a "private person" capacity to German business people in Romania, according to news agency Agerpres. 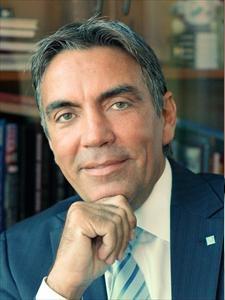 He said that he expected the first austerity measures of the next government oto target special pensions and the current model of uniformed salaries, after which about 400,000 people in the public sector would be laid off.

He said he expected "a cut of the number of state employees from 1,200,000 to 800,000 by means of a change in the administration. There wouldn't be 42 counties anymore, but 8 regions, there wouldn't be 3,000 administrative units, but 1,000 and there is where 400,000 people would be laid off - people that the private sector needs, so to say. It depends who gets out of there, there might be people that we don't need because they'd make it worse than it is".