The Romanian Parliament passed a censure motion against the Social Democratic (PSD) government led by Viorica Dancila on Thursday. The motion passed with 238 votes in favor, several more than the minumum of 233 needed, meaning the government is dismissed. 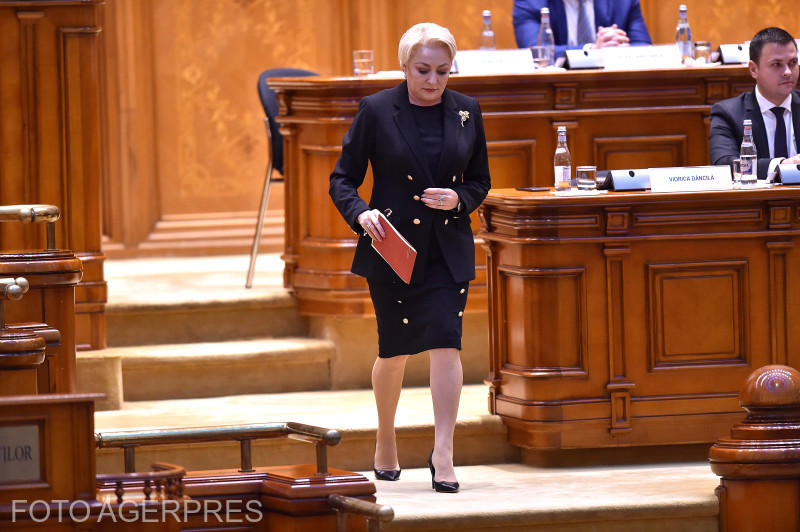 The PSD Government came to power after a landslide victory in the 2016 general elections. Under the leadership of former PSD strongman Liviu Dragnea, currently convicted under corruption charges, the prime minister changed repeatedly. Dragnea himself could not stand for the position of prime minister due to a suspended sentence under corruption-related charges. Viorica Dancila was the third to become PM of the PSD-led government and lasted the most. But it lost ground and parliamentary stability with the withdrawal of a minor governing partner, ALDE, earlier this fall.

Most of the PSD members of the Parliament attended the procedure on Thursday but did not vote. The motion was supported by all other parties and several of the PSD MPs. Only 4 votes were cast against the motion.

The law lets the Dancila Government stay in office and only run administrative business, without promoting new policies or adopting ordinances and other bills, until a new government is sworn in.

The President has to call for consultations with parliamentary parties and designate a new candidate for the seat of prime minister. Within 10 days, the nominee would then have to come with a government team for a vote of confidence in the Parliament.

The Dancila government is dismissed as Romania prepares for presidential elections in November. Both incumbent President Klaus Iohannis, as a favorite, and Viorica Dancila as leader of the PSD are running for office in these elections.