Romanian parties were trying to settle their political lines on Friday, a day after a censure motion led to the dismissal of the Social Democratic (PSD) government of Viorica Dancila. President Iohannis consulted most parties today and announced the apparent scenario, moving on, was a Liberal-focused government. 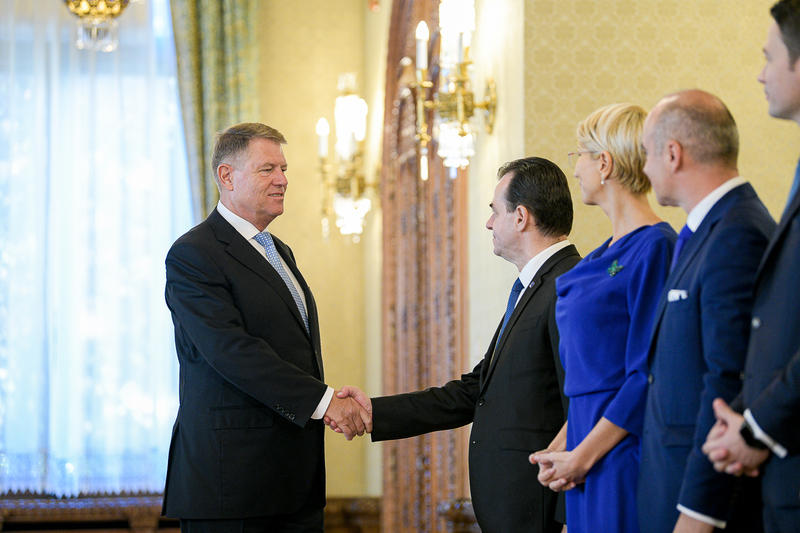 The president held consultations with all parties but the PSD, whose leader Dancila announced they would not attend the talks, given the result of the motion yesterday.

The main opposition party, the Liberals (PNL), was ready to take over government, their leader Ludovic Orban announced.

President Iohannis said in the afternoon that it was "pretty clear" the situation was moving towards a PNL or PNL-focused government. He said on Monday or Tuesday the latest he would designate a prime minister

He said further talks on possible early elections, if needed, would take place after the presidential elections, which are due in November.

He said that such polls were hard to organise constitutionally and would mean the Dancila Government would remain on an interim basis, which "cannot be fathomed".

Meanwhile, in the PSD camp, party ranks were on the move on Friday, with a faction of influential local leaders pushing for a change at the leadership.

25 leaders of local organisations, including heavyweights from PSD strongholds across the country, met informally during the day. They were quoted as urging party leader Dancila to let go of those whom she associated with for the electoral campaign (Dancila is also running for president), meaning a distancing from those who have counselled her for the past months, including influential ministers.

They also urged her not to ally with the Pro Romania party, formed mostly of politicians who have left the PSD, as well as to oust from PSD the few MPs who belong to the party and who have voted for the censure motion. Several local leaders were also quoted as voicing displeasure with Dancila herself and with the way she has led the party and the government.