The Social Democratic Government is due to leave. What is its legacy?

As Romania Social Democratic government of Viorica Dancila leaves following a censure motion, what does it leave behind in the economy and society? While pensions and salaries saw a significant increase, other sectors are facing disaster. Here is where the key problems are. 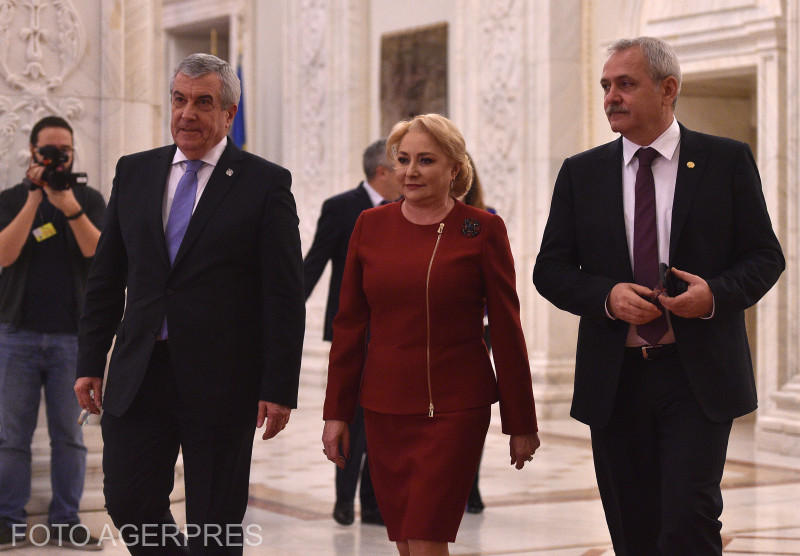 As it came to power in the 2016 general elections, the PSD has focused most of the activity of its government and parliamentary majority on solving the issues many of high profile politicians - including former PSD strongman Liviu Dragnea - had with anti-graft prosecutors and court cases.

There have been three years of uninterrupted "reforms" which have drawn major criticism both from Romanian opponents and independent bodies, and from international institutions.

These attempts to place the judiciary under political control and stifle the fight against corruption led to massive protests from the very beginning of the first year of the PSD Government.

A famed emergency ordinance (OUG 13) in early 2013, changing the criminal law in such a way as to support the judicial interests of Dragnea and other politicians, sparked such protests in January-February 2017 and was eventually tabled.

But it was replaced with a concerted effort to change the rules of the justice system, the criminal and criminal procedure codes and other legal provisions. The governing majority of PSD and their ALDE allies benefited of favorable decisions from the Constitutional Court, led by former PSD member Valer Dorneanu.

The Justice minister obtained new major powers which allowed former minister Tudorel Toader to force President Iohannis into revoking Laura Codruta Kovesi as head of the National Anti-Corruption Department. Kovesi would go on to successfully run for the job as European chief prosecutor.

Another influential authority who was replaced under the PSD pressure was former Prosecutor General Augustin Lazar.

As the US, EU and other international bodies pressed against attempts to subdue the judiciary, with the Commission and others moving in support of the rule of law, many of the legal runs of the PSD were changed repeatedly.

PSD failed to reach some of its goals. Among others, its former leader Liviu Dragnea was sentenced for a second time for corruption and sent to jail just a day after his party suffered major losses in EP elections this year.

But its decisions, among others, led to:

The PSD government planning included several major projects for the period of 2017-2018 in terms of developing the road infrastructure in Romania, which is among the worst in Europe.

But in late 2019, none of the deadlines have been complied with. There have been zero kilometers of built from start to finish during the period. Less than 100 km (94 km) were opened in sections of roads that had been started before. All road construction projects report late deadlines and blocked activities.

The PSD Government even managed to mark three "museum" highways - roads who are ready for the public, but have not been opened for various reasons.

As PSD came to power in 2016, Romania was still reeling from the shock of the a series of scandals related to the state of hospitals, brought to light by the disastrous aftermath of a Bucharest fire that killed dozens of people, many of whom were infected while under medical care for burn injuries.

But the PSD government, with two ministers in 3 years, Florian Bodog and Sorina Pintea, attained almost nothing in the sector, except for salary rises.

It failed to launch any of the eight regional hospitals it has promised, the start of which was scheduled for 2017.

It managed to launch 2 wards for burn victims, as well as a new local hospital in the city of Mioveni.

While camera friendly and armed with the image of one who contributed to rising salaries, minister Pintea failed to move anything in key sectors marked by major scandals, from transplant reform to the medicine crisis affecting several medical sectors to bribery for doctors.

The health budget remained half of the European average with 4.84% of the GDP in 2019.

A key priority in the sector was developing a new national strategy.

Three years of talks later, the strategy remained on paper only, in a formula yet to be approved and which provides the promotion of projects which have been discussed for decades - including the building of dams.

The government did not conclude any investment in new electricity production units. This has turned Romania in a net importer of electricity for the past several months.

But the PSD-ALDE government promoted a series of legal provisions which negatively affected the energy sector - the Offshore Law and energy-related provisions in a sweeping emergency ordinance issued late last year, affecting taxation and major branches of the economy, from energy to banks.

Business reaction, both local and international, to these changes prompted the PSD to move back on a some of the provisions.

A key result of the PSD government is that whoever will take over will have to find some RON25 billion to cover the reckless expenses.

Some 60 of each 100 RON goes for the payment of salaries in the public sector and for welfare.

Investments went down, with the exception of a slight increase in 2018.

Controversial moves such as the finance-related provisions of the excessive ordinance 114 issued in late 2018, or the split VAT mechanism have caused issues with the European Commission and other bodies.

But the key issues remains that of the pensions law that will increase pensions starting next year, which will demand some RON 25.4 billion RON extra to the state budget.

The PSD government saw no less than 4 education ministers, who have promised major reforms. All attempts to reform the sector led to nothing whatsoever. The education law still waits for any relevant change, changes were made overnight only to be changed back. The lack of a proper minister for more than a month has made it so that young doctors cannot hold their resident exams in due time this time of the year.