Romanian newspaper Libertatea on Thursday morning published a 20 minute previously unknown of video of a firefighters' intervention at a fire disaster at a club in Bucharest four years ago. The newspaper says images prove how rescuers intervened in total disarray to save people from the fire, which killed dozens and wounded hundreds, leading to the fall of the government at the time. 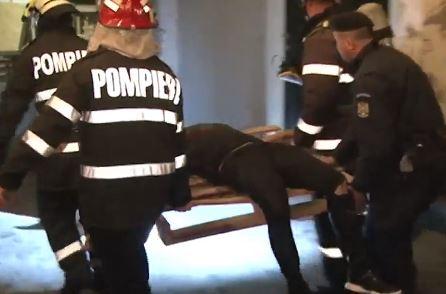 The images published by Libertatea today show about 20 minutes of the firefighters intervention, with officials including a local mayor and the then Interior minister supervising rescuers who, as the newspaper points out, fail to provide basic assistance to many of the injured people.

The newspaper said that the video, provided by a firefighter anonymously, has so far been kept away from the eyes of key officials and prosecutors investigating the case, despite having been handed to some rescue coordinators and a key top medical authority.