Romania's incumbent president Klaus Iohannis won 37.5% of votes in the first round of presidential elections on Sunday, with most of the votes counted. Results show he will face Social Democratic (PSD) leader Viorica Dancila in a second round, while a third challenger, Dan Barna of the opposition USR party scored even poorer results than in exit polls. 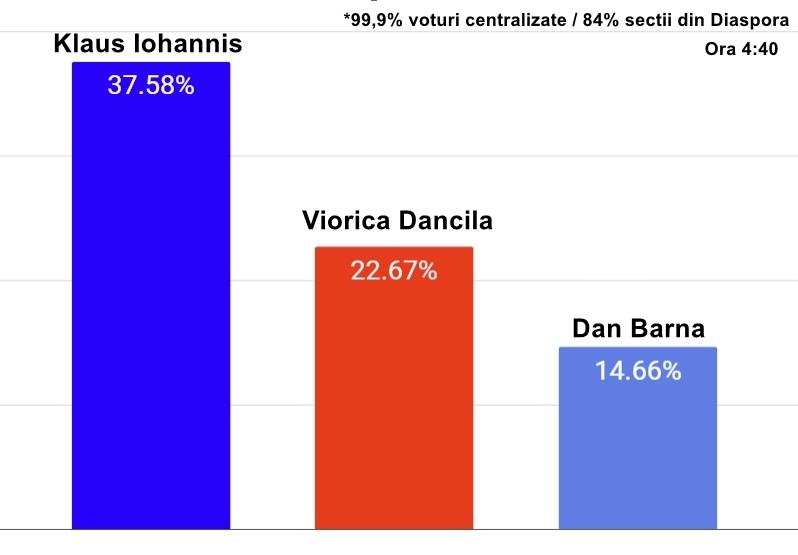 With 99.97% of votes counted on Monday morning, results were:

Late on Sunday night, Dan Barna, who dismissed exit polls as indecissive earlier in the evening, admitted defeat. His results were poorer than those shown in exit polls, which credited him with about 16% of votes.

Dan Barna had hoped to get to the second round and thus prevent Dancila from facing Iohannis in the final round of elections, which would have meant, symbolically, that Dancila's PSD party would have failed to get to that phase for the first time in post-Communist Romania. With Iohannis a clear favorite, the stake of the first round was who would face him for the finals in two weeks time.