A bear agonized for 18 hours this weekend, after it was hit by a car in Harghita county, Central Romania until authorities decided to intervene and put an end to its suffering. The case, which shocked the public, rose questions about the lack of action from people in charge and their not giving any sort of relevant consideration to the safety of wild animals along traffic routes. 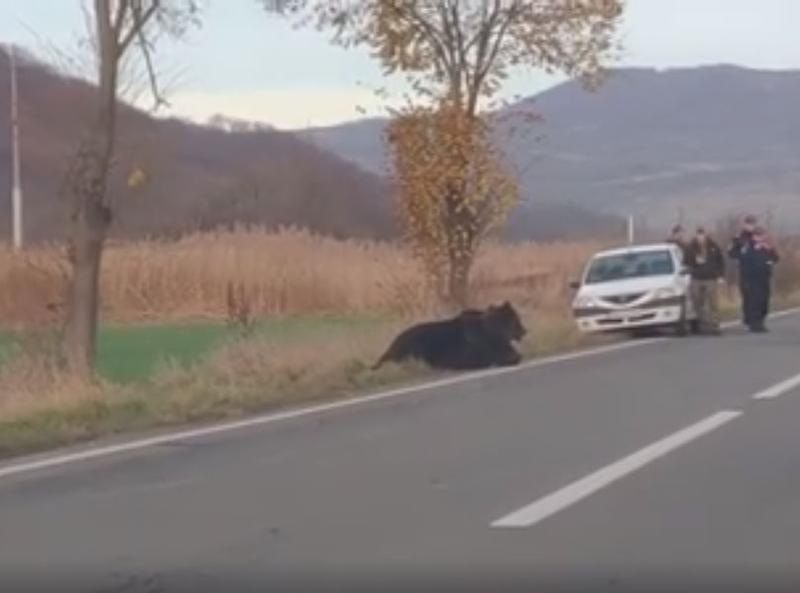 The bear was hit by a car, carrying three people, near the city of Praid, Harghita county at about 6 p.m. on Saturday. The animal agonised by the roadside until Sunday at noon, because authorities could not make a decision what to do about it. Eventually, it was decided that the animal be shot to end its suffering.

Experts from a bear shelter in the region said the beast was too seriously wounded and could not be saved.

As images of the bear reached national media, the police announced a criminal case was launched to see what led to the situation. And the Interior minister announced procedures were launched to dismiss the local prefect over the way county authorities managed the situation.

It is not the first time injured animals are left suffering on roadsides for long periods.

Two years ago, another image went viral on the internet - that of a mortally wounded bear near the town of Mihai Viteazu, left on the side of the road for hours before authorities managed to pick it up.

Cosmin Stinga, head of ACDB, a biodiversity-focused NGO, has told HotNews.ro that more measures have to be done to increase animal-related security along Romanian roads. He said authorities are almost fully inefficient in dealing with such situations.

He said there were only several signs warning of animal crossings along the whole Romanian road network.

And he said there were no statistical data, but animals which were hit on roads and taken over by his association for care were "many".