Romania's new Liberal Government has approved a draft budget correction with Finance minister Florin Citu announcing that it has set a budget deficit of 4.4% for the year. Two days ago, the deficit had been set to 4.3%, but supplementary changes to cover late payments in education and health have been made. 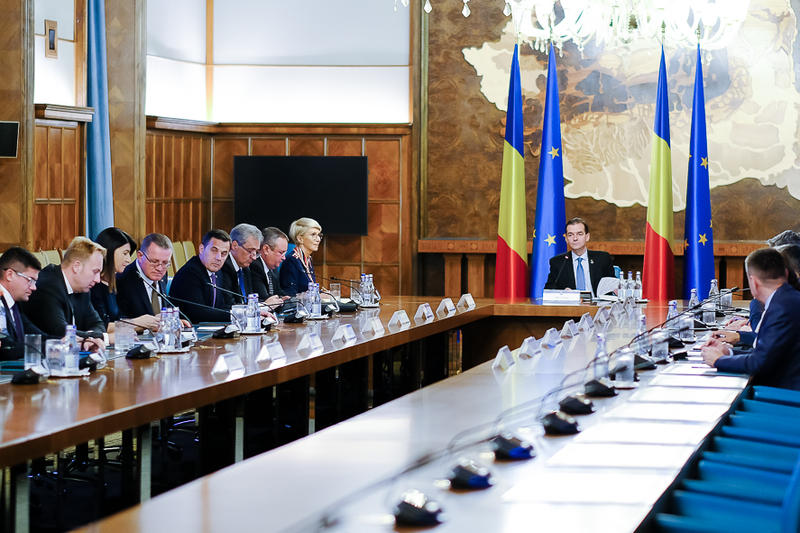 Following the correction, most of the money goes to covering medical leaves, local development projects and pensions, state allocations and payments for disabled people.

Late on Thursday, Finance minister Florin Citu said Romania's new Liberal government will communicate early with investment bankers over possible policy changes so that "surprises" be excluded from financial markets. In statements for news channel Digi 24, quoted by Mediafax news agency, he referred to the practices of the previous Social Democratic government (PSD), which was ousted in a censure motion earlier this fall.

He said he had a duty to explain the situation of the budget deficit to Commission representatives as nobody really knew the "magnitude of the disaster the PSD has left behind." He commented that his government would focus on "progress" next year and said a move from 4.4% to 3.5% deficit would show a "clear progress".

The same minister also said his government was working to amend a notorious emergency ordinance (114/2018) issued by the PSD government late last year, which caused havoc on markets including telecom, energy and insurance. He said a solution to that piece of legislation, which has already gone through some changes since then, would be announced in the upcoming days.