An earthquake with a magnitude of 5.2 on Richter scale occurred in Romania at 3.26 a.m. on Friday, according to the European earthquake center EMSC. The quake was registered in the county of Vrancea, Eastern Romania, with a depth of 121 km. 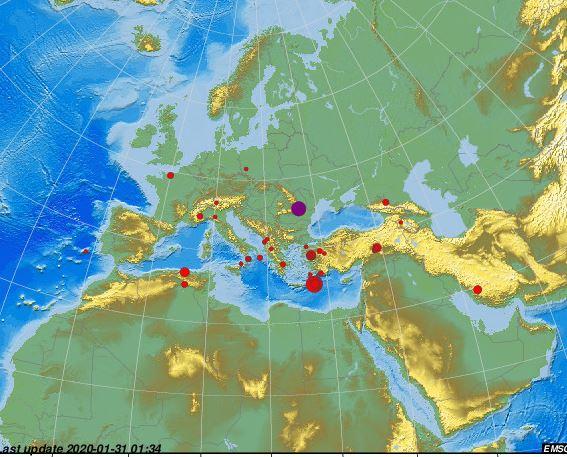 People from cities as far as Bucharest, Tulcea, Botosani and Prahova, in the East and South Romania, reported feeling the night time tremor.

The initial magnitude reported was of 5.1, then risen to 5.3 before a corrected magnitude of 5.2 was reported.