Two workers from Sri Lanka who have become the target of protests in a Central Romanian town were eventually removed on Saturday from the production process at the bread factory where they were working. The situation, prompted by a wave of xenophobic attitudes among the local population in the town of Ditrau, sparked both actions by authorities, interventions by influential religious and political bodies, and talk of Romanian state's lack of action and malign influence from the Orban regime in Hungary. 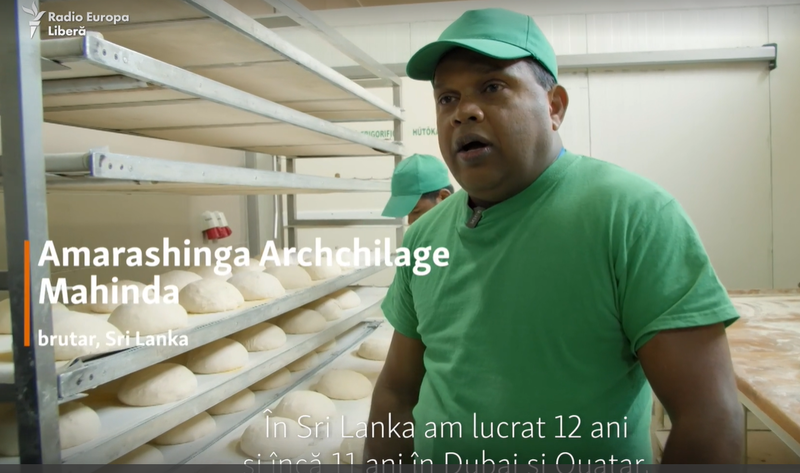 Facing a lack of workforce among the local population, a bread factory in Ditrau, a town in the county of Harghita, which has a large Szekler (ethnic Hungarian) community, used a recruitment company to employ two workers from abroad. The two Sri Lankan men started work there, but were met with resistance from the local population, led by the local Greek Catholic priest. More on the issue - here

As the case flared in national media this week, it drew little relevant reaction from authorities and political leaders.

As the townsfolk met this Saturday to discuss the situation of the Sri Lankan men, the owners of the bread factory, who initially defended the two, announced they would be removed from the bread production process and moved to another process. The manager apologised to the local population for any inconvenience caused.

The manager was quoted as saying that local people did not want the Sri Lankan workers - who were appreciated by their colleagues - to "touch their bread".

A report by news agency Agerpres quoted locals claiming they were not "racist", but that where two migrants come more will come next and "we will find that a quarter of homes here are taken by people of colour''. Reports quoted them as saying that migrants, once more come, would try to impose their culture and even referred to a "high risk of contamination with the [new, China-originating] coronavirus".

Following today's events, the Hungarian Democrats (UDMR), who had voiced concern but did not made a fuss of the situation in Ditrau so far, criticised the xenophobic movement there, according to media reports. Also, a prominent Greek-Catholic Church authority in the area was also quoted as saying the priest who led the protests against the Sri Lankan workers was not entitled to do so in any way.

Meanwhile, the police opened an investigation over charges of incitement to hatred and discrimination in the town. And the National Council for Fighting Discrimination announced it would analyse the case following the bread factory decision to remove the two workers from production under racial criteria.

The situation also sparked talk of the influence of the Hungarian regime of Viktor Orban. The Szeklers, the community of ethnic Hungarians in Romania, have little to no access to other media or factors of influence than Hungarian media and Budapest-supported channels (religious, political) which for years have promoted a populist discourse against migrants.

The influence Budapest has on the issue was invoked, among others, by a former leader of the Hungarian Democrats, Marko Bela, in a Transindex article arguing everybody was to blame for allowing a "political science fiction" to deliver such major moral and political damage.