Romanian medical and government officials came out for the first time on Tuesday to provide explanations about how they intervened in the Monday afternoon tragedy in which part of the Bucharest Giulesti maternity ward caught fire. Four newborns have died and another seven were in critical condition on Tuesday morning following the incident. 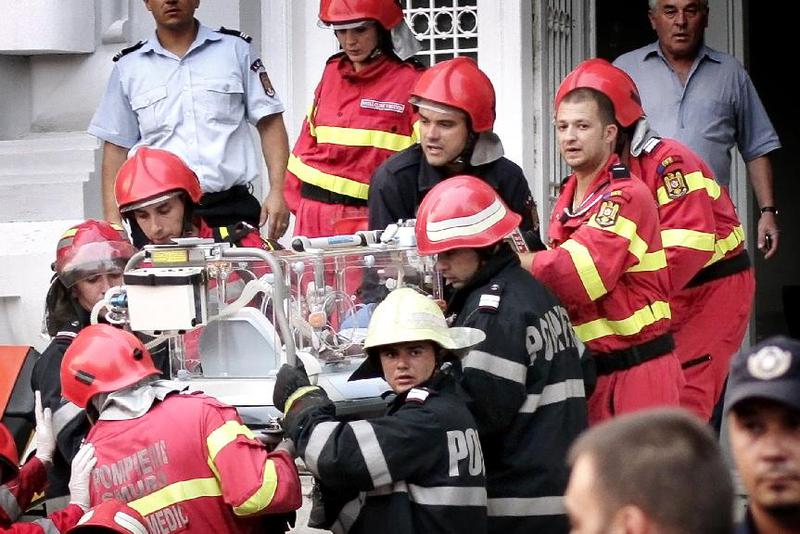 An explosion took place Monday afternoon at the Intensive Care section of the Giulesti Maternity Ward in Bucharest. By Tuesday morning, four newborns died and another seven were in serious condition. During the intervention, 113 people were evacuated from the hospital, 53 of which were children. The wounded babies suffered serious burns in the incident.

Health minister Cseke Attila and ministry state secretary Raed Arafat said in a press conference on Tuesday that all intervention procedures to evacuate the hospital in the fire were correct. But no resignation was announced. The statements came as authorities failed to provide media statements during the evening and the night. On Tuesday, they argued that they could not do so because they did not exact data to share and the families of the newborns who died following the incident had to be informed about it first.

For his part, a top prosecutor said at noon on Tuesday that they could not say the precise causes of the Giulesti ward accident. He said that the nurse on duty at the time of the fire was in state of shock and that a criminal in rem inquiry had started.

During the press conference on Tuesday morning, a HotNews.ro reporter asked how was it possible that Giulesti maternity ward director Bogdan Marinescu - a reputed medic who dealt with several cases which drew a lot of media attention in the past - also served as head of a gynecology section owned by his wife and son. Minister Cseke Attila answered that the causes of the accident should be waited for first. And Marinescu said he did not see resignation as a solution for the moment and dodged an answer about a possible conflict of interests.