​Chinese premier Wen Jiabao spoke with Prime Minister Emil Boc about Chinese investment in major projects in Romania. Foreign minister Baconschi, one of the participants in the discussions held on Monday in Beijing, told HotNews.ro that the Chinese prime minister spoke about five "principles of implementation" that are necessary for the Chinese side in order to start their investments in Romania. 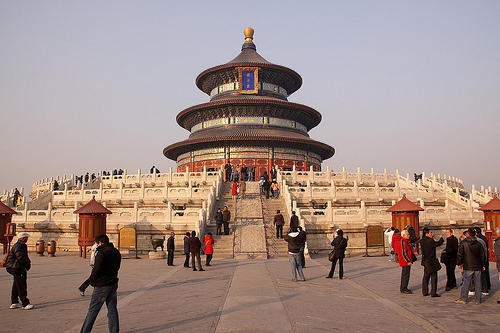 "- First of all it's about political will. It exists - as noted - on both sides

- Freedom of enterprises and orientation to market conditions

- A step by step, gradual approach, Wen said, referring to the fact that if we enter the operational phase with two or three projects, funding can flow on the principle of communicating vessels: if one project is more advanced, it will receive more attention

- The Chinese prime minister called for economic efficiency, i.e. ensuring the funding since the feasibility study stage and throughout the project, so everything can go along smoothly

- Secure the required investment from banks. Chinese banks are to open branches in Bucharest to support these pilot projects on the ground. "

The delegation headed by Emil Boc brought forth five major projects, in which Chinese companies might be involved, each project having a value of more than one billion euros:

- Units 3 and 4 of the Cernavoda Nuclear Power Plant

- the Bucharest ringway, which should have motorway status