​Some 18 million Romanians are invited to cast their votes in local elections due to take place across the country on Sunday. The ballot comes amid significant voter apathy caused by increasing general distrust in politicians and, particularly, by discontent with the people that parties have pushed forward to run for mayoral seats. The poll is seen as a test for parliamentary elections later this year and analysts warn it may have an impact on the current technocratic government in Bucharest. 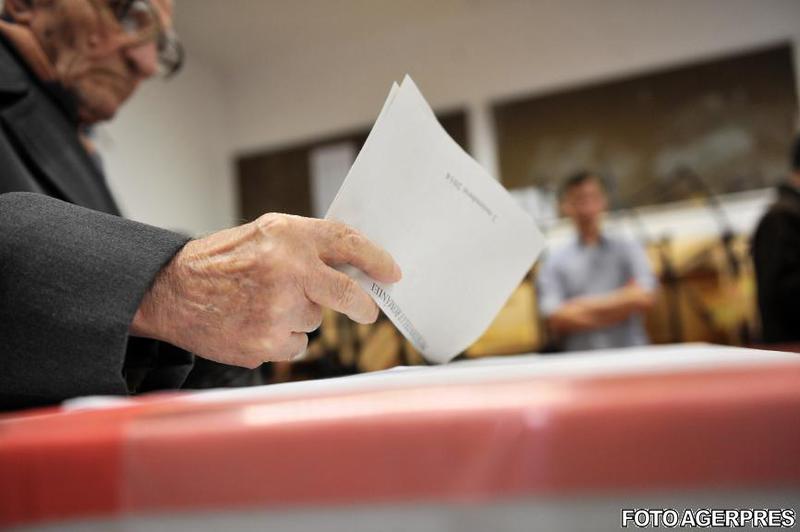 People are expected to vote for mayors and city councils at a time when a wave of criminal inquiries has hit a huge lot of mayors and other authorities elected or re-elected four years ago. The fight against graft, spearheaded by the National Anti-corruption Department (DNA), has left a massive mark on the political stage, with an overwhelming majority of those who had run Romania for the past several years - including a former prime-minister, the speaker of the Senate, top MPs - facing preliminary inquiries or court cases under charges such as graft, abuse of power or traffic of influence. Others, including the leader or the largest party, the Social Democrats (PSD), have already received criminal sentences.

This has also affected local authorities profoundly over the past couple of years. In Bucharest, the city mayor re-elected in 2012, Sorin Oprescu, was forced to step down as he was charged with corruption. The same happened to most of district mayors, including some who stood out prominently within the ranks of their respective parties. And the situation is carbon copied in cities across Romania, where top local political "barons" who had controlled everything locally for up to 20 years had to step down and face corruption charges.

Discontent with politicians and local officials grew even stronger among vast layers of the population in large cities after a tragedy last fall. A fire that caused dozens of deaths in Bucharest's Colectiv night club was blamed on corruption-related irregularities and prompted major street protests. These forced then-PM Victor Ponta, who despite charges of corruption had refused to leave the government, step down and leave room for a technocratic government. The mayor of the district where the club was situated also resigned and then indicted.

But half a year later politicians show that, for them, little has changed. A new regulation was approved that limits the election of mayors to a single round, which eliminates the possibility of a real face-off between top contenders and thus assures the mayoral seat to certain candidates. The minority parliamentary party, the Liberals, failed to challenge the new rule at the Constitutional Court. Only one person - a journalist - has submitted such a challenge, but to no avail.

So, in most cities the future mayors are already known. In some, certain candidates are running for the top city job or for local council despite having been indicted under corruption charges - as many politicians and their supporters in politically-controlled media have been trying to discredit the notion that corruption charges or corruption-related sentences are a big issue or something to be ashamed of. Despite facing a criminal inquiry, even the former mayor of the Bucharest district where the night club tragedy took place attempted - albeit unsuccessfully - to run for office again in these elections.

And as the PSD - which has the strongest infrastructure and traditionally receives support from the elderly and the poorer layers of the society - is expected to win massively across the country, its representatives as well as partners such as Senate speaker Calin Popescu Tariceanu already talk of possible moves against the current technocratic government after these elections and before the parliamentary elections due late this year. The technocratic government let by PM Dacian Ciolos, which made a series of popular decisions over the past several months, has gained a relative amount of public simpathy despite being vilified by politicians and politically-controlled media.

In Bucharest, the candidate with the strongest support is PSD's, Gabriela Firea. A former journalist who worked for a politically-controlled media group, Firea was elected in Parliament in 2012. If elected, she would become the first female mayor of Bucharest. Given PSD's strong support among the poor and the elderly, citizens who wouldn't usually skip a vote, polls credit Firea with a large lead against her challengers, who include a largely passive Liberal politician, Catalin Predoiu, and an independent, Nicusor Dan. A fourth, Robert Turcescu, is also a former journalist who turned to politics two years after a weird scandal when, unexpectedly, he discredited himself as he claimed to withdraw from the media allegedly because of having worked for a secret service.

Nicusor Dan, a mathematician who made a name for himself by challenging various authorities and companies in court over illegally raised buildings or other urban planning wrongdoings, first ran for office four years ago, but failed. He eyes the Bucharest Mayor seat again today, but, lacking urban management skills and political experience, he failed to lure the trust and support of enough voters, and the support of the Liberals to overcome PSD's lead, as poll data this week showed.

But a significant amount of votes would propel his new, small party - based on his "Save Bucharest Association" - to the city council and to the councils of Bucharest districts and allow them to have a say in local administration.

It remains to be seen how much that would count for local policy-making and for the people who, having seen how little has changed despite their hope for an overhaul of the political scene in the wake of the Colectiv club fire last fall, have lost all trust in politics.