The level of the Danube River in Galati (East Romania) reached 661 centimetres on Friday morning, July 2, a level never before reached by the river in this region. The water's debit here is 16,600 cube centimetres per second. Local authorities ordered for protection dams to be built out of sand sacks to protect Valea Orasului neighbourhood, Romanian news agency Mediafax informs. 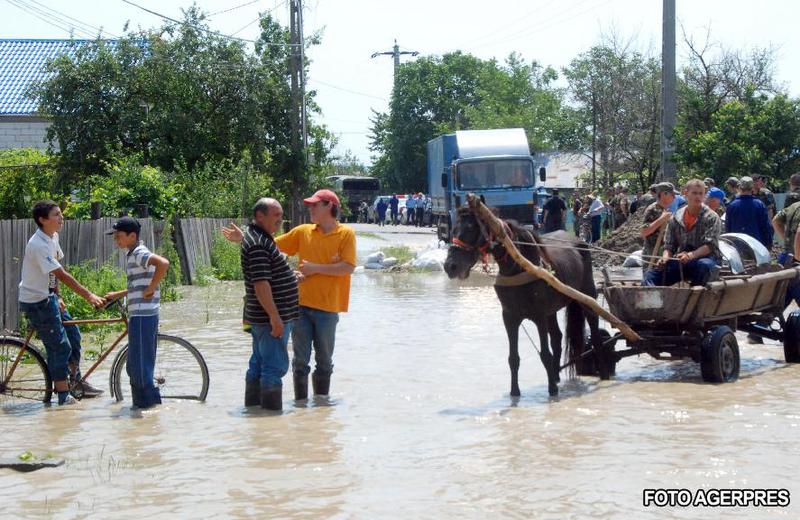 If the Danube floods the neighbourhood, approximately 7,000 people will have to be evacuated. The authorities are ready to host only 1,200 persons.

Because the Danube's high level, the traffic from Galati bank to Tulcea bank has been suspended since Thursday in the case of heavy transports, but passenger transports are still running, every four hours. The water is so high on the bank of Tulcea, that passengers are embarked in carriages in order to be transported to solid ground.

The River Siret continues to increase as well. Authorities from Sendreni town in Galati (East) have worked all night to heighten the protection dam, in order to avoid having around 100 households flooded. National Road DN 2 B has been covered in water for five days now, between Movileni and Sendreni and the rail traffic between Galati and Tecuci has been suspended for four days.

Siret is threatening to flood another neighbourhood from Galati, namely Barbosi. Dams made of sand sacks have been built. Protection dams from Galati towns of Namoloasa, Ivesti, Piscu and Tudor Vladimirescu are starting to be inefficient in the face of the floods.