Romanian PM Viorica Dancila, whose governing Social Democrats oppose President Klaus Iohannis, taunted the head of state on Sunday over his planned visit to Washington, where he is due to meet President Donald Trump for a second time. She said that while the visit was important, Iohannis should have first consulted with the government over issues due to be discussed. 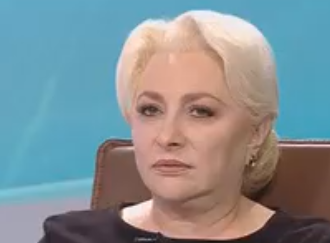 Presidential administrations in Washington DC and Bucharest announced on August 6 that Donald Trump and Klaus Iohannis would meet at the White House on August 20. The talks are due to focus on security challenges, fair trade and energy partnerships.

Dancila, who has positioned herself as leader of the governing Social Democrats (PSD), attacked the president over the visit on Sunday night. She acknowledged the trip was important, but she said that Iohannis would have to present results when he returns, so that he "doesn't go there for pictures only".

She said that the Romanian president should have discussed with the government a series of issues of interest and that a "certain agreements" should have been signed. She said Iohannis should not return with things that the Government would have to implement without prior talks.