Romanian PM Viorica Dancila and her former partners in the government have been clashing hard over moves by the governing Social Democrats (PSD) to strengthen support in the Parliament, including through a controversial election of a new Senate speaker. The future of the government is at stake as the president of the country has also shown opposition to Dancila's attempts to fill in vacancies in her team. 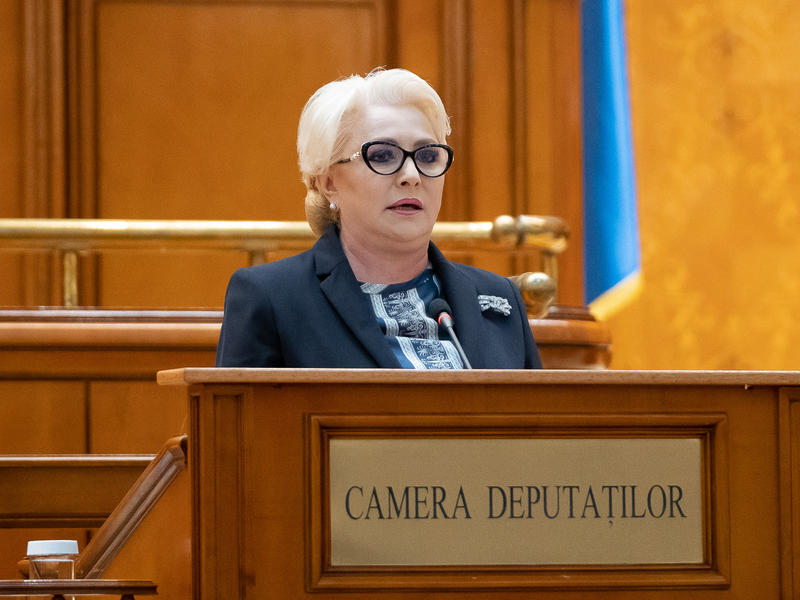 Dancila's PSD has been trying to streamline the government team after their former partners, the ALDE party led by the veteran politician Calin Popescu Tariceanu, left the governing coalition in wake of political disputes last month. But Dancila is also facing the resistance of President Klaus Iohannis, who objects to the capacity of her party to govern properly and who urged Dancila to go get parliament support for changes to her government, after several ALDE ministers departed.

The PSD has tried to garner enough support in the Parliament, including from members of ALDE. Dancila's party supported a former ALDE minister, Teodor Melescanu (ex-Foreign minister) to take over as Senate speaker, a position held by ALDE's leader Tariceanu until his party split with the PSD. Melescanu accepted the nomination and was voted into the job this week, thus confirming for the moment that the PSD still had the capacity to push through certain measures to the Parliament.

On Wednesday, PM Dancila announced her decision to nominate other ALDE representatives for the three miniterial portfolios left vacant by ALDE's departure from the governing coalition, effectively attacking Tariceanu's support base. She said she was acting "in the interest of Romania".

For his part, Tariceanu sent a letter to President Klaus Iohannis urging him not to accept the new ministers, noting that the three were no longer members of ALDE.

And he previously sent another letter to Dancila, calling her maneuvers "attempts to save herself".

In previous attempts to fix her team following ALDE's departure, Dancila accused President Iohannis of political maneuvering and said she would challenge his opposition to her nominations at the Constitutional Court.

Over her recent moves, a former Constitutional Court president, Augustin Zegrean, commented for HotNews.ro on Wednesday that Dancila would have to go through Parliament for a government reshuffle vote. He also said that the ministers nominated from among ALDE ranks would be able to join the government no matter if they are members of ALDE or not, as they can be considered "private persons" and do not automatically bring their party into the government.