​Romanian presidency of the EU Council concludes: what have Romanians gotten out of it?

Romanian PM Viorica Dancila and her ministers, who have run the Council of the European Council, have boasted with the "successful presidency" Romania has held for the past six months. President Iohannis, who opposes Dancila, also claimed "success" for the Romanian Presidency of the EU Council. But what did the average Romanian receive, did he taste this success? 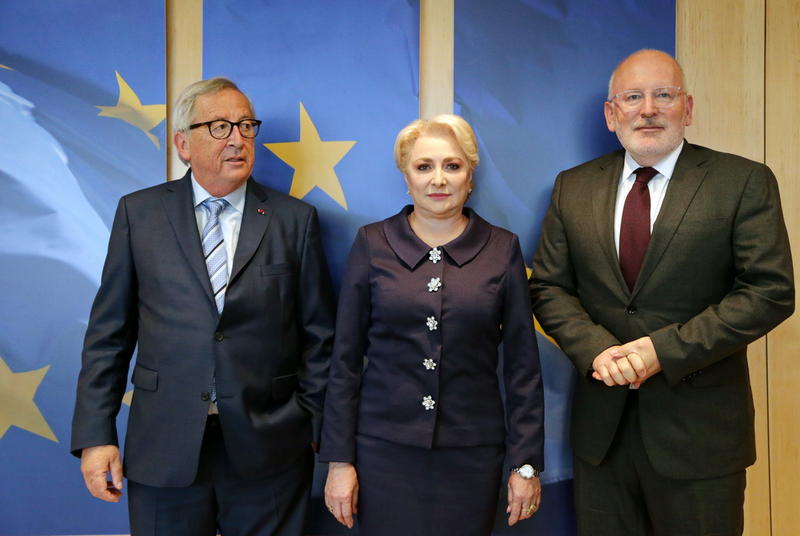 The government boasted with over 90 European cases concluded during Romania's presidency of the Council, but this is mainly the result of the work of diplomats and clerks within the ministries or other institutions, people nobody really heard of. What did politicians really do?

TOP 3 failures of the Dancila Government during the EU Council Presidency:

For 12 years, when prompted by Romanian journalists, ambassadors of countries holding the EU Council presidency were patting the backs promising to pursue the objective of Romania and Bulgaria joining Schengen. But Romania failed to join the Schengen area even when it itself held the Presidency - and not only did it fail to join, but it failed to do so at least partially, as it had attempted in years past.

When it presided over her council earlier this month, Romanian Interior minister Carmen Dan said that a vote for expanding the Schengen area by accepting Romania and Bulgaria had to be given unanimously, but there wasn't any such unanimity for the time being.

After Bulgaria, Romania was the second EU member stat who found itself in the position to provide the presidency of the EU Council while being the subject of a Cooperation and Verifcation Mechanism (CVM), a key means of European control that justice reform is pursued in the country.

But Romania got lucky: the European Commission issued its CVM report, disastrous for the Romanian government, in November 2018 and it reached the EU Council in December, prior to Romania's taking over the presidency.

Constantly lauded by the European Commission, Romanian prosecutor Laura Codruta Kovesi was dismissed as head of Romania's main anti-graft body, the DNA, in 2018, at the pressure of then Justice minister Tudorel Toader. She by herself then joined the race to become the seat of top EU prosecutor.

Despite massive opposition from Toader and other institutions back home, she gained widespread support among EU institutions and officials, especially the European Parliament, while she reached a short list of preferred candidates, with Jean-Francois Bohnert (France) and Andres Ritter (Germany).

As Copyright directive comes along, Romanian minister complains about Internet

A key European issue which has come to a conclusion during Romania's EU Council presidency was the Copyright directive, a major case with lots of interests - and money - at stake. One key Romanian official involved in the process was Culture minister Daniel Breaz, A man who, asked what he understood of social networks and the Internet, responded in the lines of:

This man had a say in issues with billions of dollars in investments from Internet giants on the line.