The president of the Republic of Moldova Igor Dodon has congratulated Romanian counterpart Klaus Iohannis over his re-election in a presidential poll on Sunday. He used a Facebook post to convey that the two countries should "stay away from false geopolitical debates". 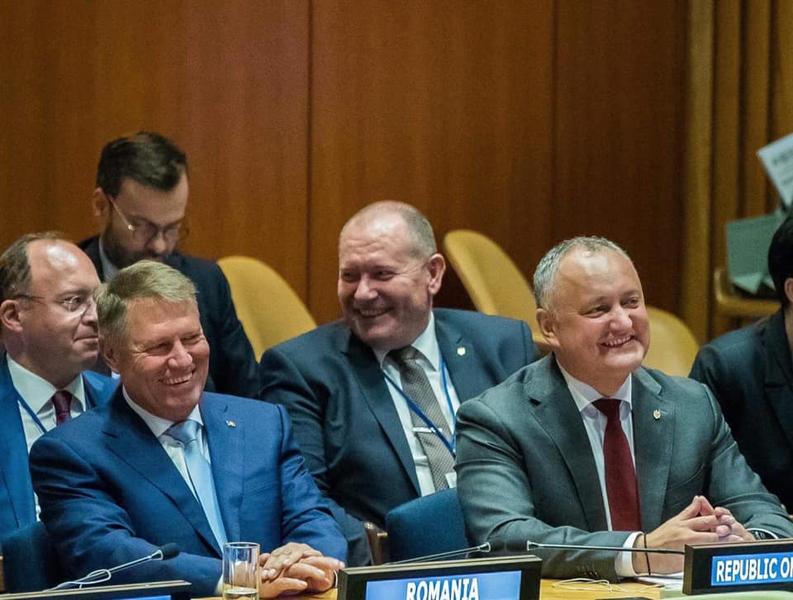 Dodon, who's political party broke with European-oriented ex-PM Maia Sandu and her group earlier this month, hinted at how he saw relations between Romania, a EU member country, and the Republic of Moldova, which is a key area of foreign affair interests for Romania, especially when it comes to the influence Russia has in the region.

Dodon congratulated Iohannis for his re-election and shared his best wishes, saynd Romanians made an importance choice for the Republic of Moldova as well.

He said he hoped Iohannis would continue to contribute actively to the cooperation between the two countries as Moldova appreciated his and Romanians' contribution to the European evolution of Moldova and to development projects in the country.

He said he wished "we both manage to keep Romania and Moldova as far away as possible from false gepolitical debates while we manage to bring our citizens closer together and work for their welfare". He said his country remained "on the path of reform", willing to contribute to "strengthening security in the region, along with Romania and Ukraine."