Romanian PM Ponta, highest ranking official facing corruption charges, openly threatens opposition as he refuses to resign. Deputies due to vote on request to open criminal inquiry against him

Romanian PM Victor Ponta, who on Sunday said he refused to resign in the wake of a decision by the National Anti-corruption Department (DNA) to open a criminal inquiry against him on corruption charges, threatened the opposition on Monday and suggested he would use his parliamentary majority to resist justice pressure. His threats come as members of the House of Deputies are due to vote Tuesday morning on a DNA request to approve the opening of the criminal inquiry against him. 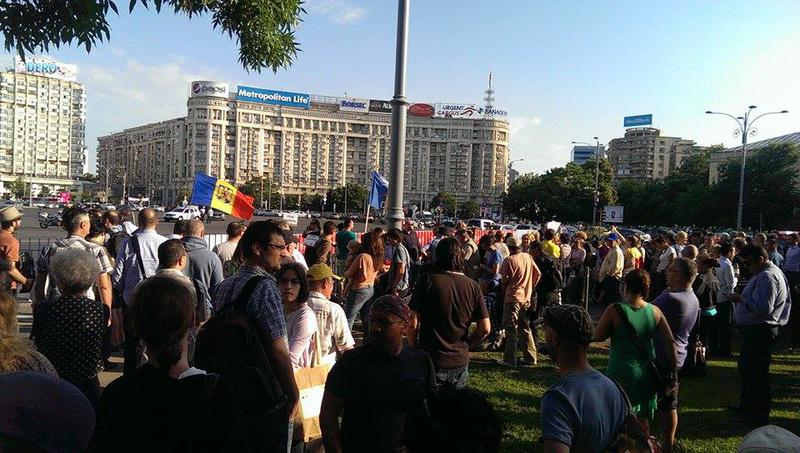 DNA announced the inquiry under multiple corruption charges on Friday. On Sunday, despite him being the highest ever politician in Romania to be targeted by a corruption inquiry, Ponta made clear he would not resign. He claimed that "the Friday events are aimed at the resignation of the government and the change of the parliamentary majority. The change of government is made through elections or through a parliamentary vote, as any other method amounts to a coup d'etat".

On Monday, Ponta suggested he would do anything to cling to power. He openly threatened the opposition that he would submit a criminal complaint with the Prosecutor General for opposition groups who urge people to organize street protests. He said he "believed that in a democracy things are not made by force, in the streets. (...) I understand that they bring 1,000 people (to protest), we can bring 10,000 (...) but I think it's the greatest mistake Romania can make right now".

He said that he would submit a criminal complaint in case of street protests organized by the opposition, based on a provision of the Penal Code which sanctions "violent acts against people or goods made by multiple people together, with the purpose of changing the constitutional order" or impeding the exercise of state power, if national security is at stake.

He also suggested support for a series of legal changes planned by his parliamentary majority to weaken the power of the judiciary, in the context of a major push by the National Anti-corruption Department against high-level corruption - now including PM Ponta, among others.

In this regard, he said that "we have the obligation to support an independent justice and correct things were abuse happens. I'm speaking of simple citizens, not of us".

Later on Monday, he repeated the line of his party and government coalition - which stand together in support of him and against his resignation - that political decision making "cannot be censored by a prosecutor".

Following his statements, the judicial committee of the House of Deputies issued a report of rejection for the DNA call to allow the criminal inquiry in Ponta's case. The House is due to give a final vote on Tuesday morning.