Romania's Government led by Social Democrat (PSD) Sorin Grindeanu was dismissed on Wednesday as it failed to pass a motion submitted against in the Parliament by the ruling parties themselves. PSD thus dismissed its own government at the peak of an unprecedented power struggle within the party leadership, pitching Grindeanu against party president Liviu Dragnea. 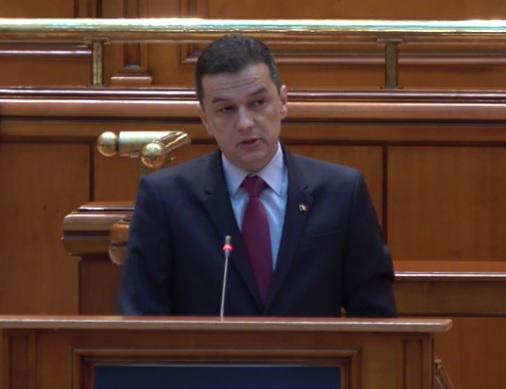 The PSD and their Democratic Liberal (ALDE) allies needed 233 votes in the Parliament to pass the motion against the Grindeanu government. But hours before the vote results could not be predicted accurately, as most other parties opted to stay away from the vote, while Grindeanu and his close associates in the Parliament pushed to break as many ranks as possible within the PSD.

Eventually, the motion passed with less than a dozen more votes than the necessary threshold.

The motion was seen as a lose-lose situation for both camps within the PSD, which have brought politics and government to a halt for the past two weeks.

Grindeanu, named PM in the wake of the parliamentary elections won by the PSD late last year, has always been seen as a puppet for Dragnea, who could not serve as head of government because he had a suspended sentence under corruption-related charges.

But Grindeanu failed to comply with some of Dragnea's wishes to change the law supporting the fight against corruption, changes that would have allowed the PSD president to dodge another possible corruption-related sentence and possibly even take hold of the government directly.

That forced Dragnea to push for Grindeanu's resignation, but the prime minister rejected the moves repeatedly over the past two weeks. Eventually, the PSD called for a motion against its own government - formed mostly of Drangea's choice ministers - under the pretense that it did not accomplish enough. The motion passed on Wednesday.

The PSD is now expected to submit another nomination for prime minister, but the nominee has to be accepted by President Iohannis, who said he would only accept clean nominations.