​Tens of thousands protest in Bucharest, other Romanian cities against government plans to subdue Justice

Some 20,000 people protested in Bucharest and many thousands more in major cities across Romania on Sunday evening against governing coalition plans to change the laws regulating the judiciary, changes seen as an attempt to politically subdue the Justice system. 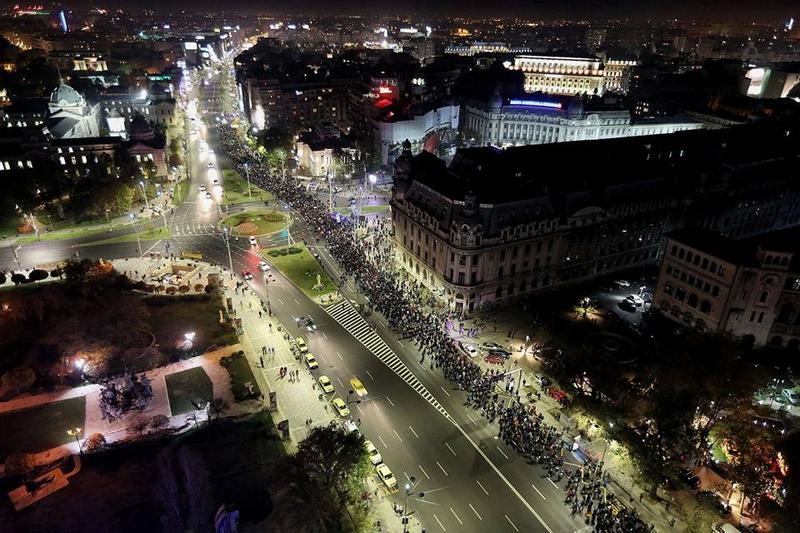 The protests, largely organised on Facebook, were joined by representatives of the opposition Liberals (PNL) and of a new political movement, the Romania 100 Platform, led by former technocratic PM Dacian Ciolos.

The Bucharest protest started in Victoriei Square, in front of the Government HQ, and contnued with a march to the Palace of the Parliament and the nearby Justice Ministry.

Across the country, thousands took part in similar protests in many cities including Cluj, Brasov, Iasi, Ploiesti, Constanta and Oradea.

The protests were sparked by a series of political maneuvres in which the governing coalition attempts to push a series of bills which are seen by experts as attempts to subdue the judiciary and help corrupt politicians get rid of corruption inquiries or sentences. The PSD has been pushing for such measures continuously despite massive protests early this year forcing it at the time to drop an emergency ordinance that would have harmed the judiciary and the fight against corruption.

See a photo-video gallery of the Sunday protests here (Bucharest) and here (other cities).