Russian Ambassador to Bucharest says Romania has become provider of destabilisation due to Deveselu base, political relations are modest but Russia is not to blame

Russia's Ambassador to Bucharest Valery Kuzmin says in an interview that bilateral relations "could be a lot better" and his country was trying to move them forward. But he said in the interview given to Vestidinrusia.ro, an obscure website supporting Russian propaganda, that Romania has become a "provider of instabilitry and destabilisation in the region, because of the rockets in Deveselu" - the American-supported missile defense base in Southern Romania. 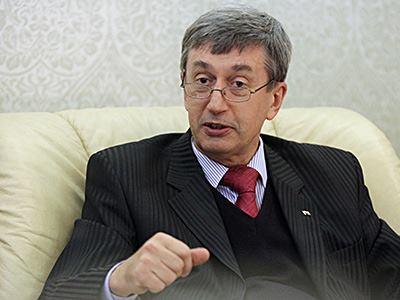 The Russian Embassy to Bucharest shared the interview on Facebook. Vestidinrusia.ro (News from Russia) is a new Romanian-language website which does not carry any info about its owners and appears to be owned by a private individual according to whois data. Several articles and a line at the About section on its Facebook page point toward Vyacheslav Samoshkin, a long time Russian correspondent to Romania. It promotes the official line of the Kremlin and stories carried by Kremlin-backed propaganda such as Sputnik or RT.

Ambassador Kuzmin made the statement as the two countries mark 140 years of diplomatic relations.

He reaffirmed the classic Kremlin line that the missile shield was trying to cover the territory of the Russian Federation and of China and that these shield units can become offensive.

And he claimed that a "certain freeze" in bilateral diplomatic and political relations is to be blamed on the fact that Romania "largely delegated its national sovereignty to those inter-statal unions to which it belongs, the European Union and NATO, so sometimes it is not independent in its decision making".