Romania's Justice minister Tudorel Toader on Wednesday announced he launches the procedure to dismiss prosecutor general Augustin Lazar. The announcement comes after months of disputes between the two, which gained momentum after the dismissal of the chief prosecutor of the National Anti-Corruption Directorate (DNA), Laura Codruta Kovesi, earlier this year. 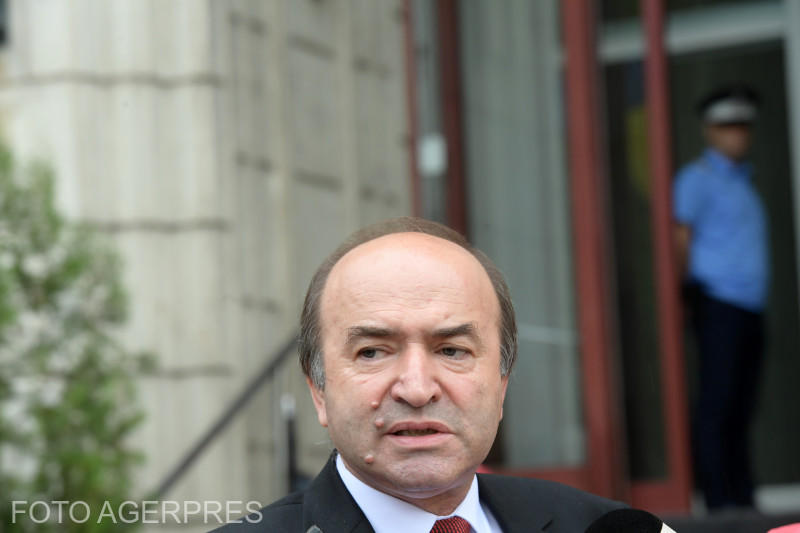 The call for Lazar's dismissal comes after the same minister Toader called for Kovesi's dismissal, forcing it through the opposition of President Klaus Iohannis by getting the support of the Constitutional Court.

Lazar has been active in his criticism of new legislation affecting the work of prosecutors and the fight against corruption, which has been pushed by the PSD-led coalition for the past two years.

Minister Toader is part of the government formed of the Social Democrats (PSD) and their Liberal Democratic (ALDE) partners. He was one of the promoters of a wave of changes to the laws of justice and other bills seen as undermining the fight against corruption under the PSD-ALDE government. But his term as minister has been subject of intense political bickering between PSD and ALDE over the past several weeks as talks about a government reshuffle intensified.

On Wednesday afternoon, as political parties including PSD and ALDE had been discussing the situation of the justice system with President Iohannis, Toader came out with statements on an "evaluation" of PG Lazar's work.

He used 20 "points" to criticise the activity of the PG, accusing him of wrongly managing the Public Ministry and over his public statements and interventions in justice affairs - such as the nomination of a highly criticised prosecutor, Adina Flore, for the top job at the DNA anti-graft directorate.

He also invoked the existence of "protocols" of collaboration between the Public Ministry and intelligence services, which the minister says lead to a "parallel justice system".

Another reason for the call for dismissal is how the PG Office acted to launch an investigation into the acts of violence by the riot police against peaceful protesters during the August 10 anti-government protests in Bucharest.

And minister Toader also complained about Lazar's use of the phrase "high ranked criminal defendants" when talking about politicians who face criminal charges or have received criminal sentences for corruption.

UPDATE Reacting to the minister's announcement, Prosecutor General Lazar said on Wednesday evening that this was how the government answers to Venice Commission worries that the independence of Romanian prosecutors can be affected by procedures to dismiss them.

Augustin Lazar said that minister Toader's conclusions included "visible and interested exaggerations" to which he would respond in the upcoming days.

And he defended himself that his public discourse was in line with ECHR jurisprudence and that he not only had rights but also an obligation to stand up and talk in defense of the state of law.

PG Lazar said that the minister's evaluation comes against the positive findings about his and his office activities in reports of the Judiciary Inspectorate and the Superior Council of Magistrates. This suggests that the Justice minister's conclusions are an effort to destabilize the Public Ministry, he said.

And he said he felt this was a special moment not only for his own career, but also for Romania as a whole.