Liviu Dragnea, the embattled but strong armed leader of Romania's governing Social Democrats (PSD), on Monday was standing up against increasing pressure in the form of inner party opposition and of an investigative report blasting a major business he had been linked to. 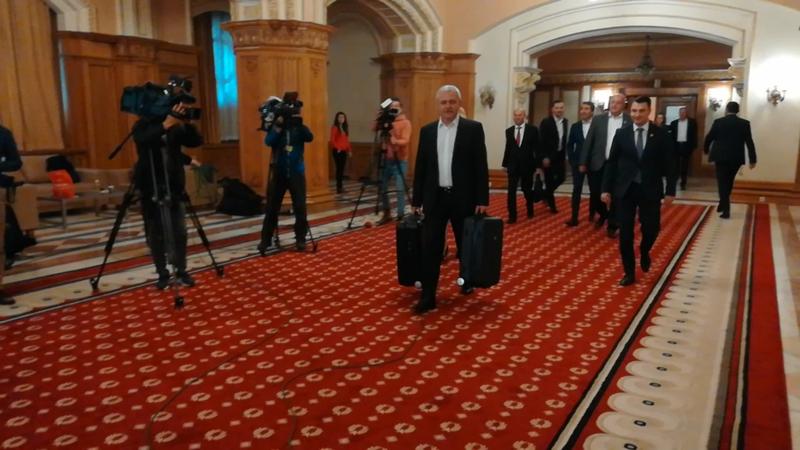 On Monday afternoon, the leadership of the PSD party decided in a session to oust two key, leading members of the political group, who have been criticizing the way Dragnea was handling the government. Both politicians ousted from the PSD, secretary general Marian Neacsu and party vice-president Adrian Tutuianu, were heavyweights of the governing party and, more recently, critics of Dragnea. They are much older members of the PSD than Dragnea.

Prior to the PSD leadership meeting, Liviu Dragnea showed up before the media armed with two pieces of luggage. He aimed at mocking the announcement of Rise Project, a team of investigative reporters, that they were due to make a series of revelations about a company which had been linked to Dragnea.

On Saturday, Rise Project said they were due to publish a report after they received a suitcase full of documents and data storage devices which belonged to Tel Drum. Tel Drum is a major corporation based in Teleorman, the southern Romania county which Dragnea has ruled as top local administrator for many years.

The Rise Project investigative report was published on Monday afternoon. It presents proof of Tel Drum officials' and company-level expeditures, trips and other business data - including some related to Liviu Dragnea (presented in a picture taken in Brasil) and his son, but also information such as the payment apparently received from the company by the current head of the Superior Council of Magistrates, a key body of the judiciary.

Prior to the publishing of the report, Dragnea opened two suitcases before the media - one including donuts (as he called the expected revelations about him) and another including reports of court cases and investigations targeting President Klaus Iohannis. Iohannis has been chosen by Dragnea for several months as the face of what he calls a "parallel state" run by the secret services which he says undermines the workings of democratically elected parties.