Stag goes to town to die among people in North Romania

The death of a stag who reportedly came to die among the people in the northern Romanian town of Campulung Moldovenesc caused sadness and rage among the local community, according to local newspaper Monitorul de Suceava. It reads that the animal had been wounded, possibly by poachers, and walked down the streets in an apparent call for help. 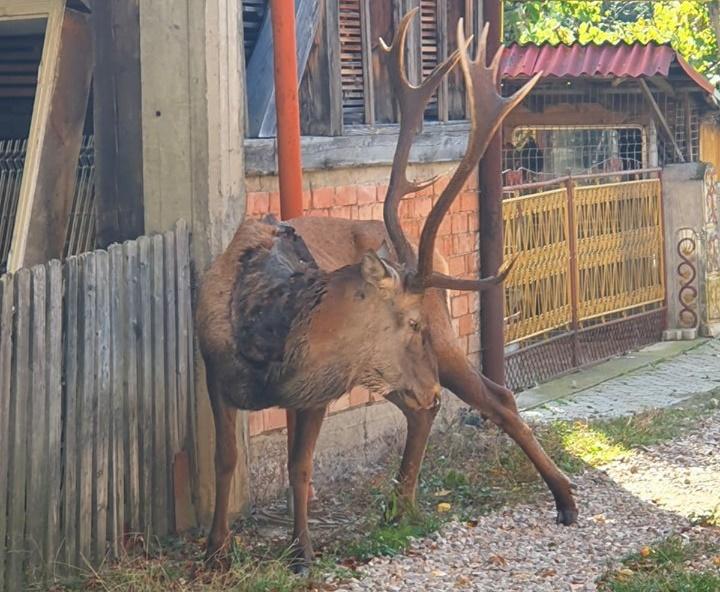 The local media report says the stag had become a mascot for the town as he was well known by people there. It used to leave the forst and come to residential areas to feed on fruit, vegetables and tree branches.

When it came to die, it was seriously weakened by the wound on its back and the wound appeared infected.

The story, recounted on Facebook by a teacher at a forestry faculty in Suceava: