​US Senate confirms Adrian Zuckerman as Ambassador to Romania

The US Senate voted on Wednesday to name lawyer Adrian Zuckerman as Ambassador of the United States to Romania, news agency Mediafax reports, quoting The Washington Post. The vote was 65-30. 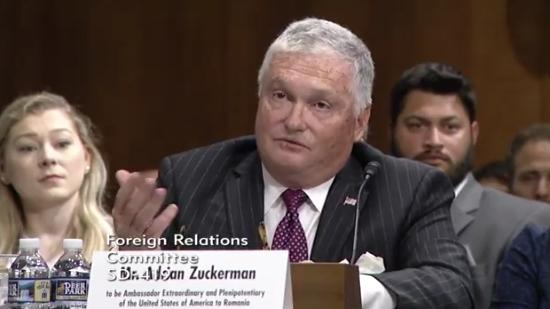 Adrian Zuckerman of New York-based Seyfarth Shaw law firm is a legal scholar with a focus on real estate. As a child, he migrated from Romania to the US.

When he faced hearings in the US Senate Foreign Relations Committee earlier this year, he said he wanted to repay the American hospitability by promoting the interests of the US to Bucharest.

He also said he would continue support for efforts against corruption and for the independence of the judiciary in Romania.