Incumbent president Klaus Iohannis received 66.05% of the votes in the presidential elections on Sunday while his rival, Social Democratic (PSD) leader Viorica Dancila got 33.95% of the votes, according to provisional data based on results from 99.86% of polling stations showed early on Monday. 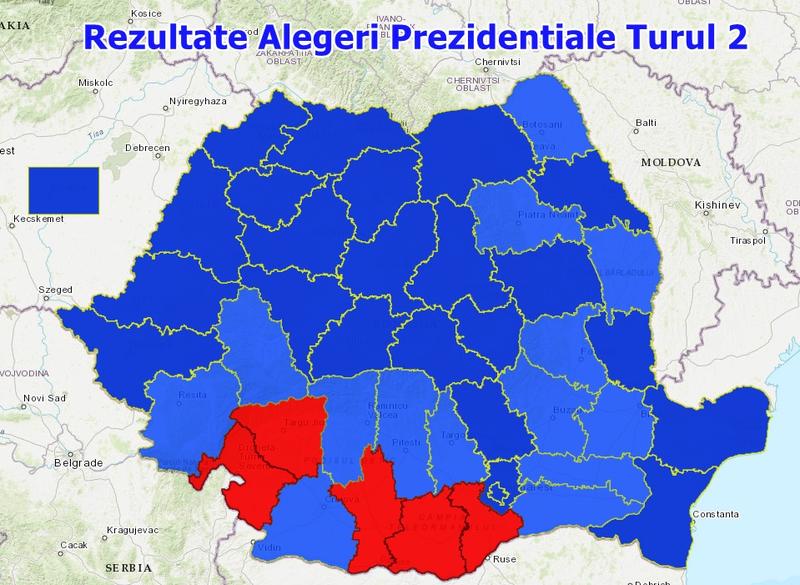 In Bucharest, Bucharest was voted by 67.5% of people (644 thousand) while Dancila - by 32.5% or 310 thousand. Dancila thus received more votes than PSD's Bucharest mayor Gabriela Firea who in local elections in 2016, with a low turnout, only received 246 thousand votes.

In the Diaspora, Klaus Iohannis received some 94% of the votes or 860 thousand of the total 915.565 votes cast by Romanians living abroad.