​Finance minister claims previous govt knew of 4% deficit, accuses them of acting against the interest of Romania

The Finance minister of Romania's new Liberal government on Monday accused his predecessor and the prime minister of the previous Social Democratic government of knowing well in advance and hiding prospects of a 4% deficit. "It was all premeditated, they put their personal interest above the interest of Romania," minister Florin Citu said. 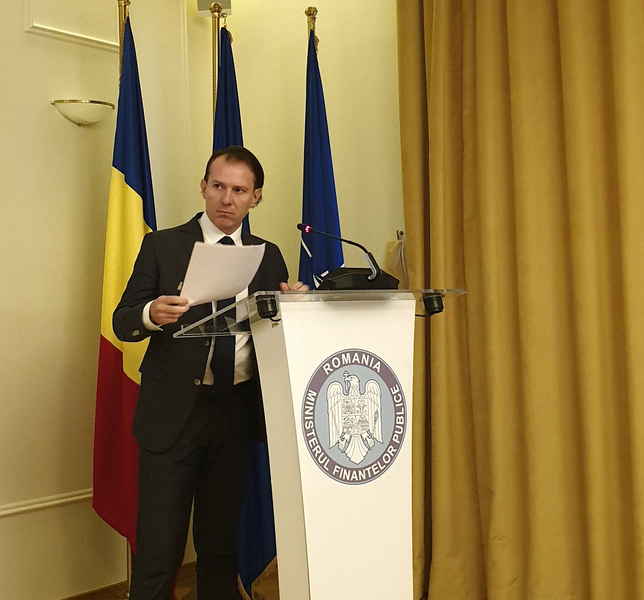 The high budget deficit was first announced by the Liberal government shortly after it took over from the Social Democratic (PSD) one led by Viorica Dancila, which was dismissed in a censure motion this fall.

But now Florin Citu quoted from an internal ministerial note dated April where income estimates, he said, showed 4.5 billion lei had not been collected to the state budget for the first three months of the year. The note, said the minister, showed it was highly probable that unless supplementary collection measures were taken the budget deficit would reach 4% of the GDP for the year.

He said his predecessor Eugen Teodorovici had known about the situation since early on and that former prime minister Dancila was informed about it in July and September.

Citu said the findings would be submitted to the Court of Accounts.