The Economy minister of Romania's Liberal government Virgil Popescu said in an interview with HotNews.ro on Thursday that PM Ludovic Orban was right when he urged a reconsideration of working with the Chinese on projects too build two reactors at the nuclear power plant of Cernavoda. Popescu said he considered it normal to develop such strategic investments with NATO partners. In the interview, he also discussed his position on energy issues from the listing of Hidroelectrica shares to Black Sea gas. 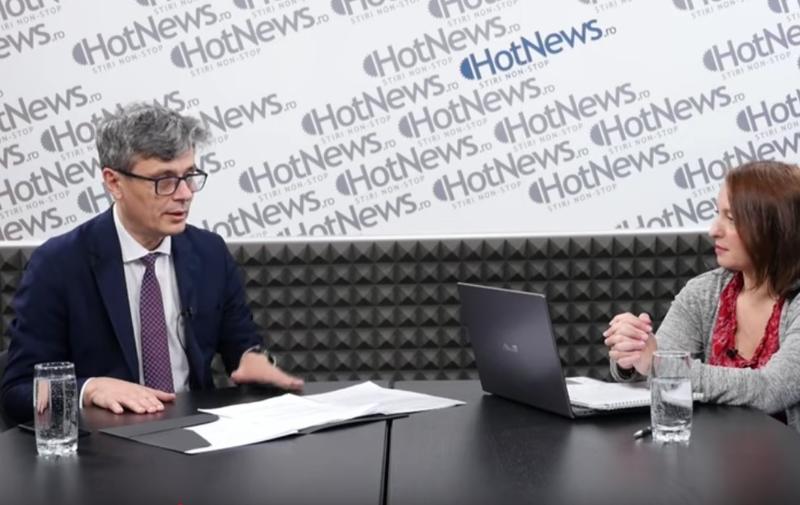 He said a partnership with a Chinese firm on nuclear energy capabilities is currently reviewed, as Romania considers its options on building reactors 3 and 4 at its Cernavoda plant.

"I find it normal to do these strategic investments with NATO partners. We have talks with Nuclearelectrica (the nuclear energy company of Romania) on a weekly basis, we analyse the accord between Nuclearelectrica and the Chinese partner to see what exactly is there. This deal has not moved. Negotiations have been taking place for five years, what happened? A decision has to be made this year, investment has to start on reactors 3 and 4," Virgil Popescu said.

He did not say who the NATO partner might be. "It may be a third party investor, a consortium, the Romanian state, all options are on the table," he said. He did not exclude that Nuclearelectrica might build a reactor by itself.

On the issue of Black Sea gas reserves, which has been a hot topic as Exxon plans to move away, he said Romania would have to move fast because otherwise the gas might lose its value, in the circumstances of Europe's new green pact.

Once the necessary, corrected legislation is applied after the new parliamentary session begins this spring, he hoped to see natural gas being drilled out in the Black Sea starting 2022, he said. "Should we keep the gas unexploited, we will find that the gas as a transition fuel in Europe would lose its value (...) It's our last chance to use it at a good value," he said.

He described the impact of the Green Deal on Romania, a country which would have to drop its coal-based electricity production and turn to gas-based production. This would affect power plants of the Oltenia and Hunedoara Energy Complexes. For the transit to a green economy Romania has access to some 8 billion euro.

On Romanian energy major Hidroelectrica, he said he hoped the listing of part of this company's stock on the Bucharest exchange would take place this year