Another case of passive police reported, linked to Caracal murders

A friend of one of the suspected victims of the murderer in Caracal, South Romania is now the target of acts of aggression which the police appear to witness passively, Romanian newspaper Libertatea reports. The report comes as the police faces mounting pressure over its incapacity to help people in need - as shown in the Caracal murder case and, more recently, by the suspected rape case in Galati, East Romania. 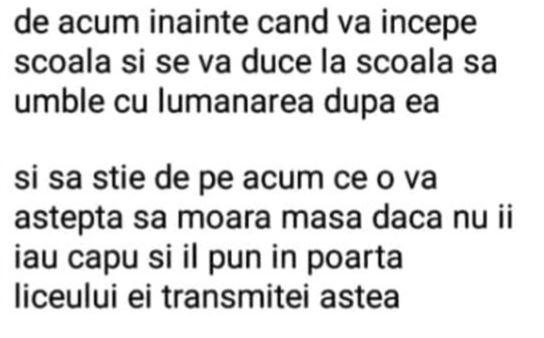 Libertatea tells the story of Izabela, a 15 year old girl from the village of Diosti near Galati, a friend of Luiza, the girl who went missing in spring and to the murder of which the "Caracal murderer" has confessed.

The newspaper reports that while Izabela's ex-boyfriend has entered her courtyard armed with an axe twice and has threatened her, the local police does nothing - on the contrary, the girl is threatened with fines.

The story of aggression and abuse - which can be read in full in Romanian here - comes after the Caracal murder case sparked outcry over the inability of the police to protect its citizens and the same day when another case of passive police officers is spiraling in Galati.

These create a significant buildup as Romania prepares to mark a year since the August 10, 2018 anti-government protests in Bucharest, when riot police intervened indiscriminately against people who were protesting government abuses.